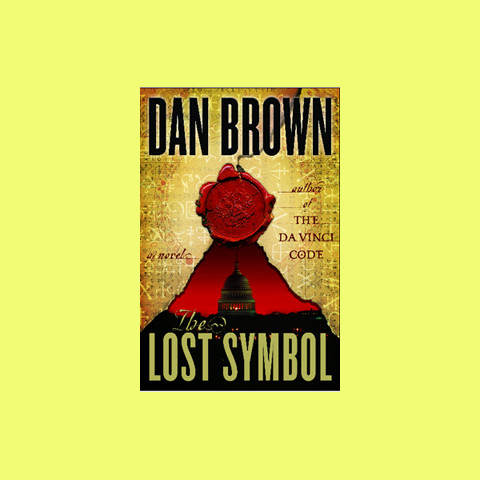 I’ve featured Dan Brown’s work before, but The Lost Symbol bears special consideration. Even the cover hints at the complex layers of symbols and meanings found throughout the story: When one tilts the book, pictograms that had barely been visible at first now shine clearly.

The plot revolves around the symbols and practices of the Freemasons. And while some may believe that organization to be evil, Brown makes a compelling case for a deeper, uplifting and timeless meaning behind the rituals and signs of the brotherhood. Along the way, he also describes in detail many of the venerable buildings of the American capital, sharing their history while simultaneously weaving a tale of intrigue in which both characters and reader wonder who can be trusted.

The Lost Symbol demonstrates that perspective is everything: A hate-filled and power-hungry mind sees one thing; a kind and noble heart sees another; an academic’s skepticism blinds him to meaning that a sightless priest perceives clearly; and a scientist long exposed to her brother’s mysticism discovers the truth that connects the ancient mysteries to practical realities.

The wisdom passed through the ages from generation to generation, concealed to prevent its power from being discovered and wielded by those of base motivations and dark intentions, is revealed not only in the very words and symbols that have been hidden in plain sight all along, but by the new discipline of Noetic Sciences.

This moment in history is the very dawn of enlightenment long foretold. And as always, it is darkest before the dawn. But there is indeed light awaiting us.

On what do both ancient scriptures and modern science agree? That the Source Creator is within each one of us, and our power is the power of Creation. What we think becomes reality, because our souls and our thoughts have mass and energy. Moreover, the thoughts of two people of like mind are exponentially more powerful than the thoughts of one alone. And practice makes perfect: We can actually learn to focus our minds to heal and to manifest our reality.

The bottom line: We can create heaven or hell on this earth, for ourselves individually and for all humanity.

Let there be Light. Let us shine.