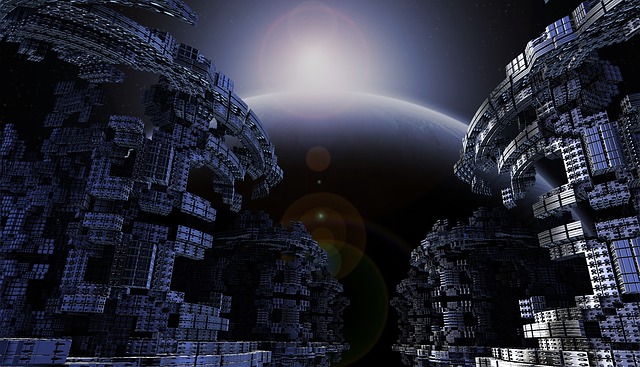 Another genre in which whole new worlds may be imagined, Science Fiction and its offshoot Science Fantasy have taken the world by storm.

Science Fiction specifically refers to stories based on known technology or that which can be assumed to be possible, given current knowledge.  Science Fantasy does not rely on actual scientific knowledge or theory but allows for that which is not yet considered a potential reality.

Steampunk is a form of Science Fiction set in a nineteenth-century earth in which various inventions have been created by good or bad scientists, depending on the plot.

My own exposure to this genre included tales by Robert Heinlein (a personal favourite), movies that are now considered classic examples of bad fiction, and the immensely popular and influential Star Trek.

What was your first Scifi film or book?

[Thanks to Pete Linforth of Pixabay for the featured image.]