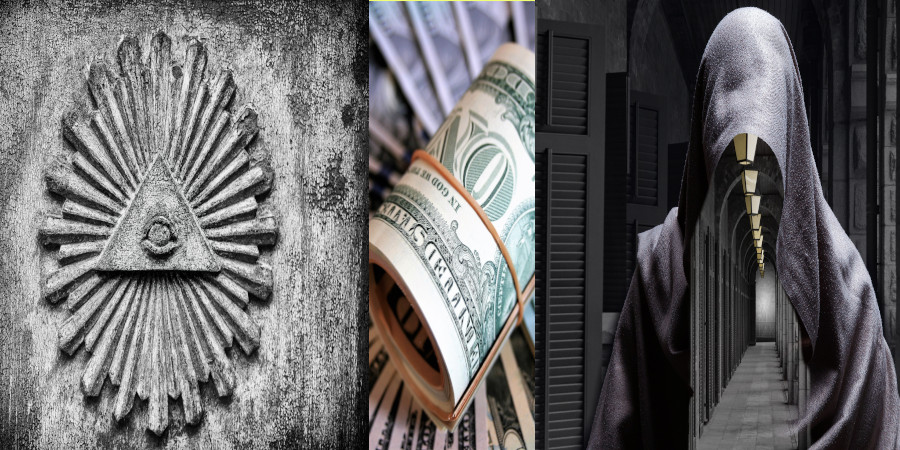 The world has changed. Or has it?

“You can’t make this stuff up,” I have heard often lately, in reference to the shenanigans of politicians and celebrities and wealthy “elites.” And indeed the news that escapes the censors and the mainstream corporate-narrative propaganda machine has become more and more shocking, especially over the last five or six years, proving the old saw that the difference between fiction and real life is: Fiction has to make sense and be believable.

If we look at history, though, the insanities of today that beggar belief in fact have many historical precedents. The patterns become clear, when examined with a detective’s eye: a common enemy proclaimed (aristocracy then, a disease that cannot be identified now), excessive force used against the populace (the mass murders committed by the Bolsheviks then, the destructive lockdowns and forced vaccinations and concentration camps complete with guillotines now), a patriotic movement secretly designed to identify freedom fighters so they can be eliminated (the anti-Communists then, the Q followers and other resistance groups now), and a public made up of those who support the oppressors out of fear and ignorance and complacency and the few who see the path ahead and try to steer a new course away from the cliff edge most blindly run to.

Some people I know say they only read books about “real life.” But is that correct? Do the flattering biographies and autobiographies of politicians and industrialists qualify as true? Are the lurid descriptions of “true crime” tales fully factual? Do history books match the realities of the events they chronicle? Has it not been said many times that “history” is written by the victors?

These days, it can be accurately stated that fact is fiction and fiction is fact. It behoves us all to take off our blinders of prejudice and fear and assumption, to look beyond the surface, to compare what we are told with what we see around us, and to think for ourselves instead of accepting everything spoon-fed to us by anyone―newscasters; governments; health bureaucrats; companies already gaining from forced vaccinations and lockdowns; police officers who have never been taught the law; and “conspiracy theorists,” some of whom are actually controlled opposition.

We have been overgrown children long enough, expecting to be taken care of by media, by employers, by governments, by the medical industry. Time to relinquish the diapers and take responsibility for our beliefs and our actions and inactions.

[Photos courtesy of Michael Knoll, pasja1000, and himmlisch of pixabay.com.]

A WORLD WITHOUT BOOKS