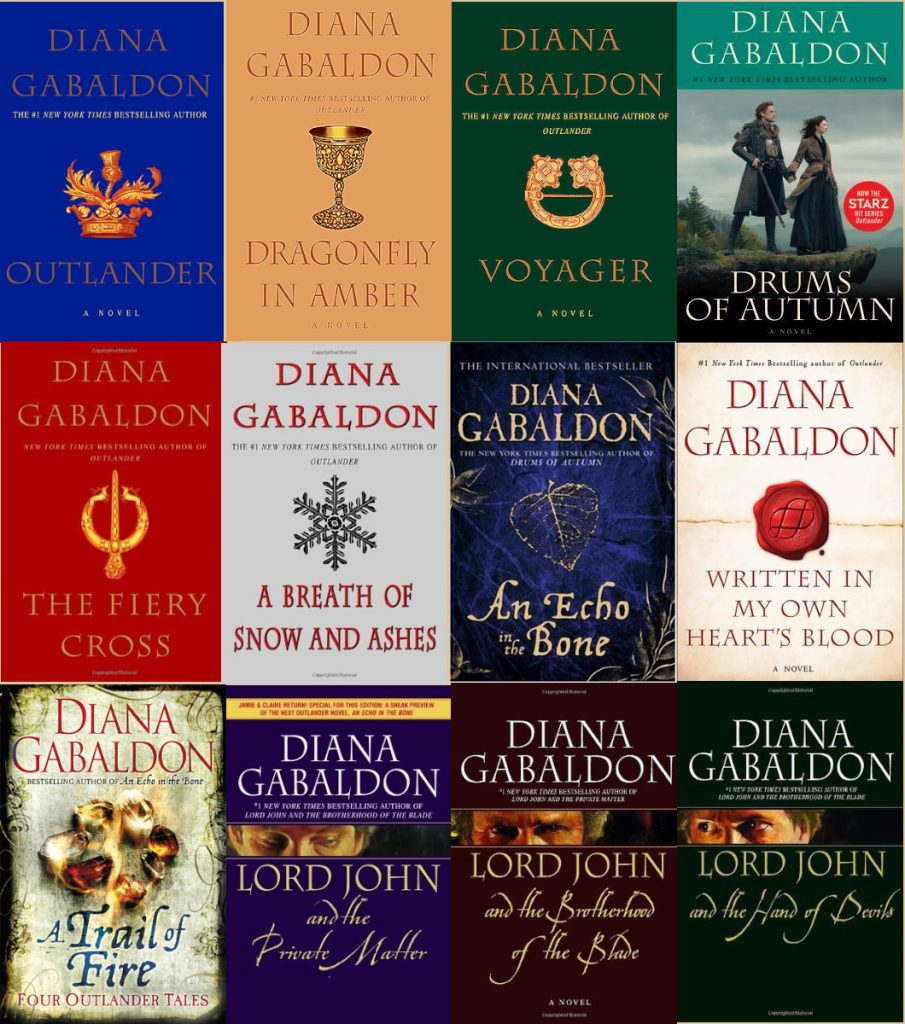 Given the popularity of the television series, the fanatical followers in groups like “Outlanders in Ontario,” “Outmander,” and many more, one would think that everyone on the planet is familiar with the books of Diana Gabaldon.  But I am sure there are still a few people out there who have not read the powerful Outlander series or the related Lord John series.

My introduction to Outlander came less than a year after my husband’s death, and in reading it I grieved afresh because he would have been as enthralled as I was by the extraordinary tale of a woman trapped in a time not her own.

All of Diana Gabaldon’s books are well researched.  But it is her inspired turns of phrase that most impress.  And the exciting emotional roller-coaster she takes a reader on in each and every book explains the devotion of her followers.

Featured above are examples of the Outlander series current covers (each reprint has a different cover image), followed by samples of the Lord John series. Ms. Gabaldon has also written “between” books that reveal back stories of Outlander and Lord John characters.

Have you read any of Diana Gabaldon’s books?