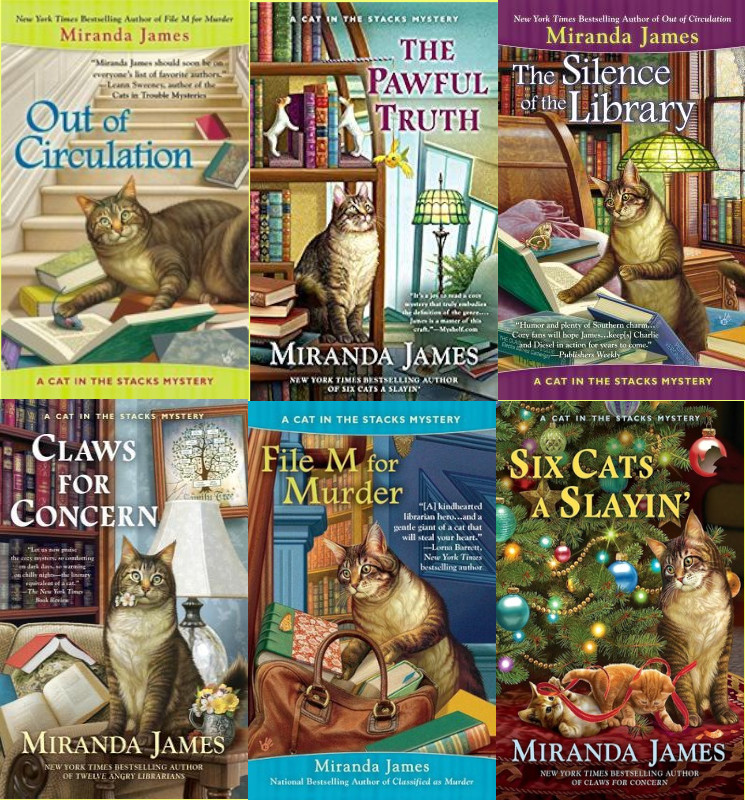 Feminine amateur sleuths are common in the Mystery genre, but Miranda James’s hero in her “Cat in the Stacks” series is a Southern gentleman who loves his 36-pound Maine Coon cat, his grown son and daughter, the library where he works, and the small town he lives in.

But, like virtually all Mystery characters, Charlie Harris has an unfortunate tendency to happen upon dead bodies.

In Out of Circulation, the deceased in question has been murdered while attending a costume-party library fundraiser at the town’s premier antebellum mansion, home of the local equivalent of royalty. Worse, not only does almost everyone have a motive for killing the woman, but Charlie finds his housekeeper in the vicinity.

So, Charlie and his cat Diesel must sift through the meagre clues to identify the murderer and, he hopes, exonerate the lady who has been working for his family for decades.

Along the way, the reader is treated to a glimpse of the Southern society that still teaches courtesy and respect for elders and ladies and favours families with a long and distinguished history, but has modernized to take a somewhat less intolerant view of alternate lifestyles.

Have you noticed the proliferation of Mystery authors who dote on pets?