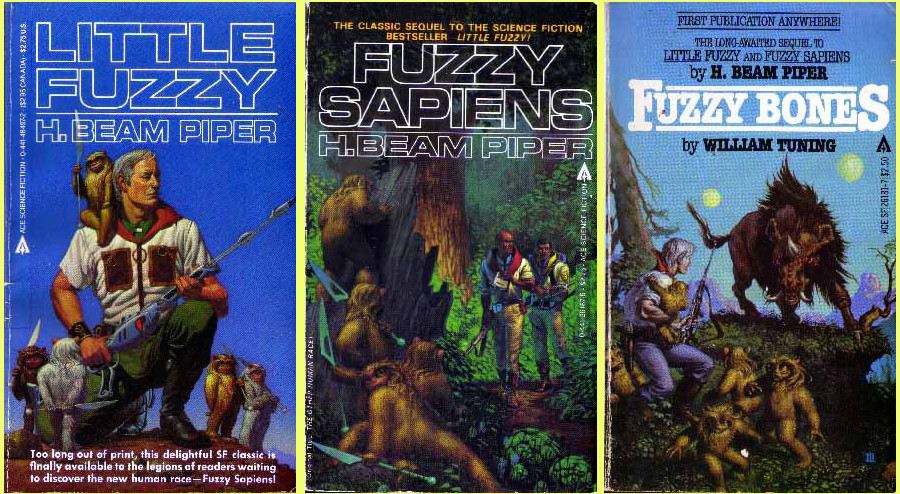 In 1963, H. Beam Piper won the Hugo Award for best novel for his book Little Fuzzy, which was the first installment of a series that enthralled me with its tales of a race of sentient creatures one might (these days) describe as small Wookies. The science fiction tale takes place on the planet Zarathustra, where a solitary man finds an unexpected visitor to his cabin and soon develops a friendship with the alien species that most humans assume to be mere unintelligent animals.

Through the Fuzzies, Mr. Piper shows us a society different from our own, and holds up a mirror to the worst aspects of human cultures based on greed and domination. But he does it with a light touch and a sense of humour that makes the Fuzzy books fun to read, and shows us the best of what we are or could be, as well.

Have you read the Fuzzy series?