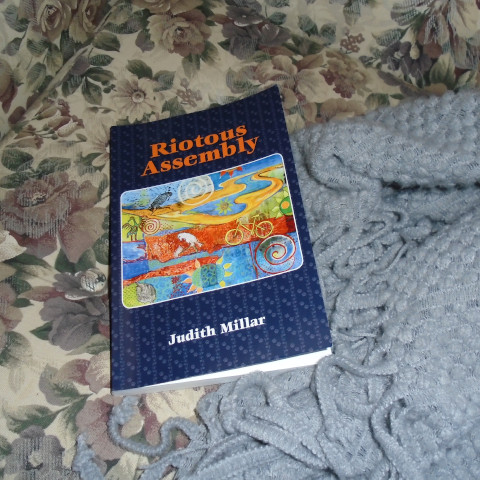 Most of the books we read are mass produced by large companies like Harlequin, Dell, Penguin, and so on. Some may have been published by smaller companies like Medallion Press or Burnstown Publishing House, which struggle to stay afloat in a commercial sea dominated by financial behemoths unwilling to share the waters. Independent authors are marginalized even more, despite access to the likes of Amazon and Barnes & Noble through distributors such as Draft2Digital.

But we readers are missing a veritable literary feast when we pass up or simply fail to discover authors whose work can only be found in local stores or libraries or who never rank high in the algorithms of the bookselling world.

Take for example one woman published in Ontario by the Burnstown Publishing House: Judith Millar. Her story Riotous Assembly, is set in an Ottawa Valley community struggling to maintain the designation “town” rather than be reclassified as a “hamlet,” with dire provincial-funding consequences. Myriad characters move through the tale that encompasses a few months in the lives of Pine Rapids inhabitants, each one quirky and believable and spouting the dialect of the town or of origins from another province or another country. And Judith Millar’s descriptions run from the purely poetic to tummy-grabbing hilarious. Her portrayal of a gentleman playing bagpipes had me wheezing and wiping tears of laughter from my eyes for several minutes, unable to read further until I finally settled.

We must not assume that lack of television interviews or “best-selling author” status means an author’s work is not worth reading. There are hidden gems out there waiting to be found.

Do you read books by local writers and small or independent publishers?