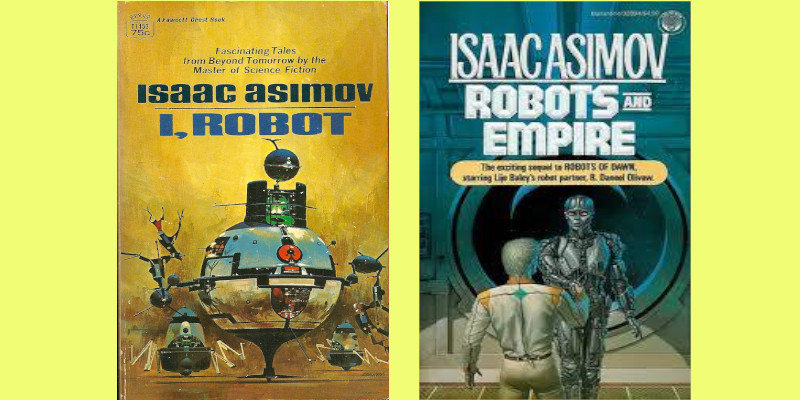 Isaac Asimov wrote intriguing stories, but perhaps what will last even beyond those tales is his notion of The Laws of Robotics.

His original three laws are quoted here, from I, Robot.

Second Law: A robot must obey the orders given it by human beings except where such orders would conflict with the First Law.

Third Law: A robot must protect its own existence as long as such protection does not conflict with the First or Second Law.

In Robots and Empire, in response to threats from one group of human beings to another, a robot created a Zeroth Law: A robot may not harm humanity, or by inaction allow humanity to come to harm.

While the Second Law applies to machines, the First and Third Laws and the Zeroth Law certainly should apply to human beings, as well―a truth we have been taught all too well to forget, as history shows.

But thanks to writers like Asimov, we can rediscover what has been lost and rise above the entrainments of the past to heights of personal and collective attainment yet to be imagined.

Have you found, in your reading, words to live by?

Tags: Laws to live by