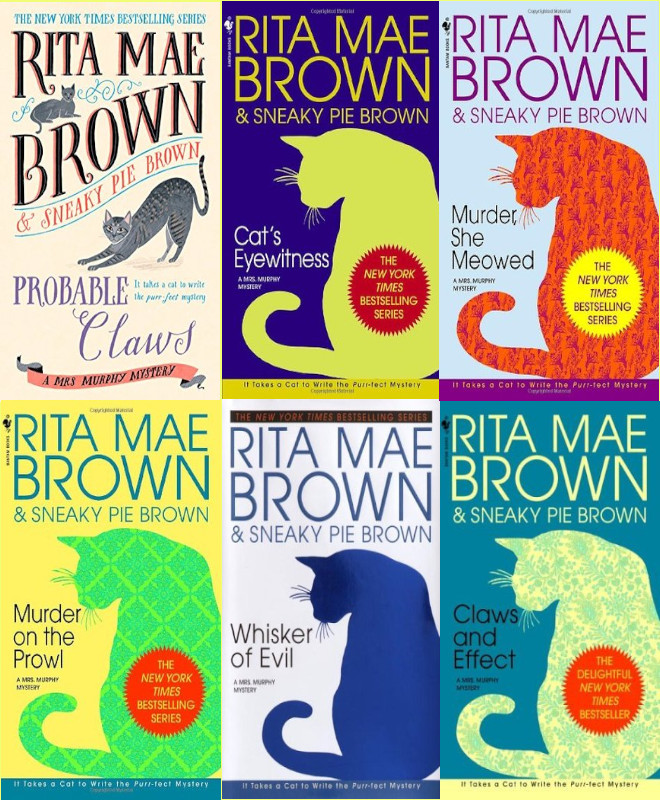 Not many writers have a four-pawed collaborator, in this case “Sneaky Pie Brown,” helping them to tell a story. But Rita Mae Brown boasts such a sidekick.

In the Mystery Probable Claws, the softhearted heroine attempts to solve the murder of a friend, while her cats and dogs converse and argue among themselves and generally discount the mental capacity of the humans that cannot understand what they keep going on about in their feline and canine language.

Interwoven in this current-era tale is a second that takes place in eighteenth-century Virginia. Although little directly connects the two other than bloodline of some characters, both reflect the influence of financial interests on politics and vice versa. Further, a subtle subtext of the back story compares the differing attitudes of slave owners: the careless and even cruel aristocrat wannabes who are outraged when the men or women they abuse run away, versus those that treat their workers as people, ensuring their health, their training, and even their emotional wellbeing, just as the senior members of a family would look after all in the clan. That theme echoes modern companies crying foul over the defection of mistreated staff versus the companies that instill loyalty through fairness.

Along the way, Ms. Brown’s book includes bits of history from the Virginia point of view, references to architecture, art, and literature, and a mystery that keeps the reader guessing whodunit until the end (whereupon the pets pat themselves on the back for saving the day).

Do you have pets? Do you enjoy stories that include animals as characters?

The mystery of romance