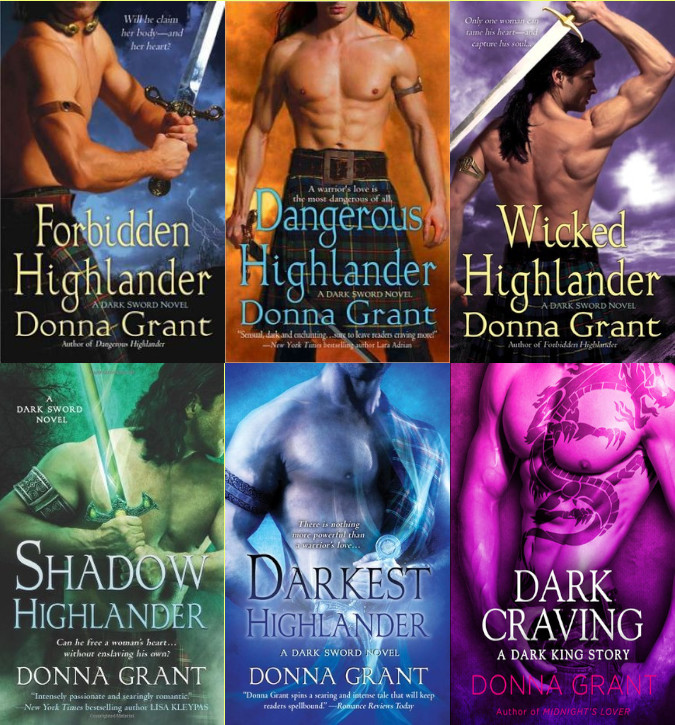 Donna Grant’s Dark Sword series features steamy paranormal historical novels of the fight between good and evil as waged by Druids versus droughs (mages who give themselves to the devil) and the Warriors who battle on either side, externally, while also battling the evil god within that gives them extraordinary abilities and immortality at the cost of potentially being consumed by that creature.

In Shadow Highlander, two hundred and fifty year old Galen Shaw fights his inner god harder than most because his “gift” of mind-reading operates constantly, whether or not he lets his god loose for battle. Touching man or beast fills his mind with emotion and thoughts, and he dare not even brush against his friends for fear of accidentally becoming privy to their deepest fears and secrets. Love of a woman is something he cannot dream of.

But while on a mission to find an unknown artifact to fight the most powerful and vicious of the droughs, Galen meets a woman whose mind is closed to him―and to herself. Discovering the truth of her past becomes imperative as they evade the forces of the evil Deirdre, and Galen risks his life as well as his heart as he fights desperately to protect this lovely and mysterious woman and the weapon she holds.

This series is positively addictive to those of us who enjoy reading tales of magic and hunky Highlanders.

Do novels about sexy Scottish warriors stir your blood?

There’s action and then there’s…action