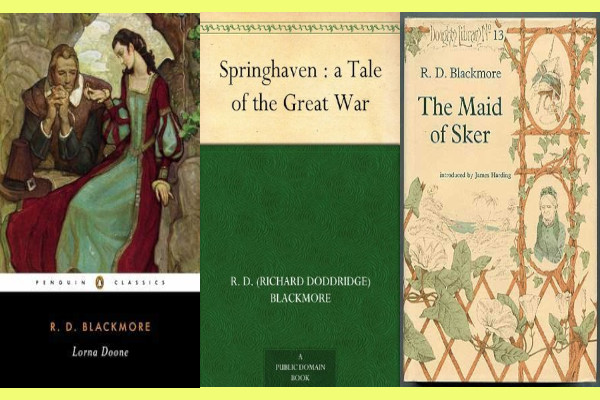 I had heard of the classic Lorna Doone, but had not had the opportunity to read it until recently. First published in 1841, it is a love story told from the point of view of a man smitten from boyhood by a girl from the dreaded Doone clan, outlaws and murderers terrorizing southern England during the time of James II.

To be sure there is adventure and chaste romance in this book from the nineteenth century. But the fascination of the tale is more in the revelations of the mindset of the son of a prosperous farmer―of how he sees himself, his sweetheart, his family, the ways of the world around him, and the politics of the time. A bright light is shone on the English peasant’s reverence for people of “quality” (the titled and rich, most of whom we now know inherited or stole their wealth, and gave themselves or each other titles proclaiming nobility), and the injustice of the political and legal system that depended largely on the greed and whim of aristocrats.

The book also highlights the significant changes in grammar and punctuation since the mid-1800’s, as well as in words and phrases, many so out of date or specific to the technologies of the time or the vernacular of the region that I could not find them in any of my dictionaries. Fortunately, the story is readable anyway.

What I found most charming was the way R. D. Blackmore wrote as though the chief character spoke in remembrance of times past, seemingly irrelevant details not distracting from the tale or slowing the flow, but rather adding to the sense of glimpsing a man’s life and another time.

Have you read Lorna Doone?