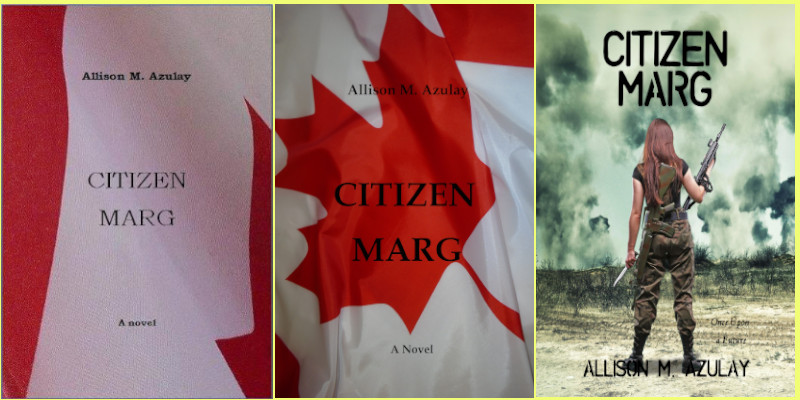 “Where are my socks?”

Those were the first words of the original version of Citizen Marg, written in 2012 and unpublished. The story sat for years in my “done” box, printed up for my own file. But I dusted it off in 2017, though I made little effort to prepare it for publishing, at first. Nevertheless, the notion of putting it out there niggled at me. So, I edited. And re-edited. And re-edited again.

But something was wrong with it.

The next step was to attempt to write it as a screenplay in hope of seeing the tale through a new lens. But no real inspiration came and that notion died an early death.

Then, a light bulb went off in my head and I wrote a new Chapter One, starting the story in the middle before going back to the beginning of the plot. After that, I cut out whole chapters at the end and amalgamated a few to remove excess baggage.

But it still wasn’t right.

Finally, I decided to bite the bullet and actually do what I had been avoiding, though I knew in my heart it was the right course: I started over.

With that, keeping the initial chapter because I liked it, I wrote the tale anew and found that, while it did not take me in a totally different direction, it did veer off onto a side road headed the same way.

Finally, after editing and tweaking, and a few changes based on recently discovered information, and a plan to write a sequel (that turned into a series), Citizen Marg was ready to go to publication.

I hope readers will enjoy it.

If you are a writer, do you always or occasionally start over from scratch?

As a reader, do you find yourself imagining a different direction the author could have taken a story you are reading?