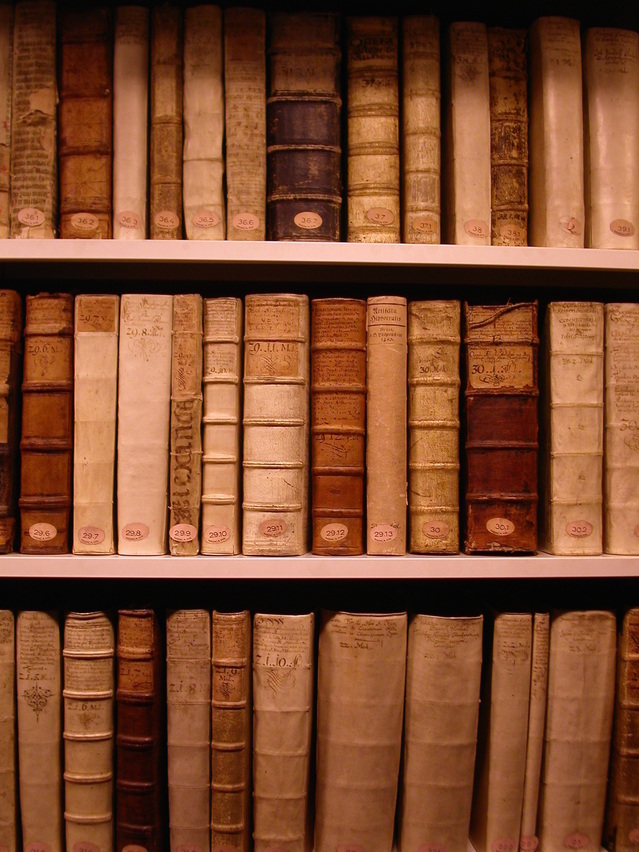 Some people limit themselves to up-to-the-minute products, even going as far as to camp out in a store parking lot in hope of being among the very first to buy the latest whatever-it-is.  Many readers also go for the newest titles, a habit encouraged by retailers.

But old is not bad.  Nor is it necessarily even out of date.  There is a reason many books are called “classics”:  The tale is timeless, with compelling plot and characters and a message that rings as true now as it did when the book was first published―even if it was published hundreds of years ago.

I discovered Diana Gabaldon’s Outlander series decades after it was first published, yet it became a favourite as well as an inspiration.  And I look forward to the next instalments.

Further, books by Agatha Christie, Dick Francis, Jane Austen, Thomas Hardy, Charlotte Brontë, Isaac Asimov, and Zane Grey sit on my bookshelves waiting to be read (no matter how long it takes to get to them).

And the digital age allows all of us readers to access and enjoy titles that have long been out of print.  (I recently found the hilarious play “The Importance of Being Earnest” by Oscar Wilde.)

Do you read older books?

[Thanks to freeimages.com/philipp k for the featured image.]