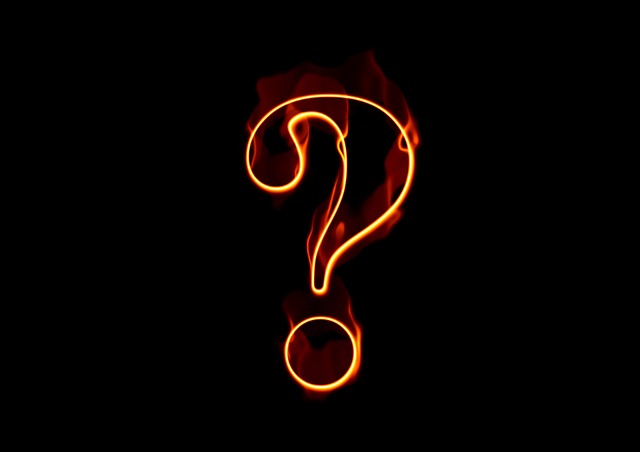 So much has happened in only a year, but many questions have arisen. Is there truly a pandemic? The official figures put the survival rate at over 99%, which does not qualify. Has there been a resurgence? Judging by the number of reported cases one would think so, but what is a “case”? A case is not the infection implied by news anchors but merely “positive” test results, and the more people are tested, the more test results. But the tests, according not only to the creator of the PCR test but many other scientists not paid by or beholden to the Gates Foundation, the WHO, or pharmaceutical companies all say the tests cannot detect an infection. Indeed, a recent study performed on all of the purported corona virus incidents dating back decades reveals that every single test used was deeply flawed: Every test not only had no controls, which makes them improperly conducted, but they detected “sequences” that match closely or exactly many types of bacteria and ordinary human genetic material as well as other bits and bobs floating around the average healthy man or woman. Moreover, in all instances, no actual pathogen was ever isolated but only assumed to exist. That is not science, as any grade-school Hawking or Curie or Pasteur would readily point out.

Many countries have “locked down” to “contain” the spread of disease, yet the countries that did not have experienced a disease and death rate on par with their usual statistics, and some of the countries that did lock down have had soaring death rates. But the death rates in countries where many restrictions were imposed have risen not in death by a flu-like disease but in suicides, murders, accidents, and deaths by medical neglect and malpractice, the former due to stress caused by the lockdowns and the latter caused by policies and practices imposed on the basis of the pandemic-that-never-was.

So, what is really going on?

A writer’s mind naturally considers foul play, that being the heart of many a thrilling tale. And while those inclined to accept only prosaic explanations for events label other possibilities “conspiracy theories,” anyone who has paid attention in history class knows that actual conspiracies are not mere theory but are actually commonplace occurrences. The most obvious example is the Holocaust of the World War II era: Either a group of people in Germany (and possibly elsewhere, according to some modern researchers) conspired together to corral in concentration camps and enslave and murder millions of Jews and other people, or many people have been conspiring to disclaim all allegations of the Holocaust ever having taken place.

Back to the pandemic. Fans of whodunits and crime stories know the classic mantra: Follow the money. So, who benefits by locking down countries, devastating their economies, impoverishing vast numbers of ordinary people, bankrupting virtually all small and mid-sized businesses, and killing off elders?

Who has made millions, even billions, from the destruction of local businesses? Online companies like Amazon and Etsy, and even food-delivery services, as well as courier and postal companies. And let us not forget the big-box stores like Costco and Walmart that were never forced to shut down.

Who benefits by the fear of a purportedly fast-spreading and deadly disease? Media companies that have a guaranteed audience lapping up their daily stories of escalating case numbers and death rates. Pharmaceutical companies offering cures. Vaccine manufacturers promising immunity by way not of improving general health but of injections laced with poisons (according to their own documented ingredient lists), injections based on the assumed biochemical makeup of a virus no one has isolated (according to governments queried through access-to-information legislation), those largely untested injections already proving deadly (a fact not reported by mainstream media). Tech companies already providing diagnostic software to replace doctors, and biotech companies ready to roll out robots to perform surgery. Companies specializing in transgenic food products as substitutes for supposedly contaminated natural foods and the farms on which they are grown. And last but by no means least, political parties and wealthy lobbyists desperately attempting to find means to control the outcome of an election.

Who benefits by social unrest caused by lockdowns? Lobby groups rabidly promoting hate agendas and violence. Terrorists and criminals hiding behind mandated masks to prevent identification should their crimes be witnessed or caught on camera. Wealthy interests funding violence to profit from currency speculation. High-tech companies rolling out robotic replacements for police and military personnel. Transgenic food manufacturers preparing to offer products to replace the natural food supplies destroyed in terrorist attacks. And of course every politician and bureaucrat who revels in the sense of power he or she gains from imposing and enforcing tyranny.

Who benefits by all of the problems created by the alleged pandemic? Software and hardware companies ready to roll out bio-tracking and other surveillance products (like those in operation in China) as well as cryptocurrency apps to replace physical banks and bank personnel and all other forms of money. Eugenicists intent upon depopulating the planet (as frequently stated by Bill Gates in his interviews and TED talks and as carved in rock on the Georgia Guidestones) supposedly for the purpose of sustainability but, given that the ultra-rich could certainly fund better practices around the world, the more likely purpose is culling “deplorables” in order to have a more easily controlled population. Globalists promoting elimination of existing governments in favour of one world government under the UN, as touted by the World Economic Forum in its “great reset” program. And governments that would rather spend the money in their coffers on personal perks and on handouts to wealthy friends than on pensions for elders.

Perhaps most sinister of all, as reported by a whistleblower whose revelation has gone viral around the world, the IMF and the governments that it controls through debt (or at least the illusion of debt, according to some sources that say all governments’ debts have been paid in full) plan to offer to desperate populations “debt forgiveness” (paying off mortgages, loans, credit cards) on condition that people sign an agreement to (a) give up all right to own any property forever [the definition of property including not just physical objects like homes and cars and clothing and forks but one’s body, one’s children, one’s creations, and even one’s soul] and (b) submit to the vaccination and tracking program.

The scope of the effects of the alleged pandemic is staggering, which is why the majority of people do not wish to believe such an operation could be planned, much less carried out on a global scale.

But think about it:

A plan can be formulated by a single man or woman, or a tiny group, to further a private agenda. Add in a collection of specialists to fine-tune the scheme and a larger band of reliable “fixers” to implement it. The rest of those taking part in the conspiracy need have no knowledge of the plan or of the expected consequences of their actions, yet their input can have literal global impact.

Again: Follow the money. Who owns the majority of the world’s media and what is being censored, these days? Who owns or has financial interest in the pharmaceutical companies, the software companies, the biotech companies, the food companies, the IMF? Who contributes funds to political campaigns, to the WHO, to radical lobby groups, to universities and other institutions that are promoting both racist and pandemic narratives?

It is a fact that enough money can buy silence, complicity, and even murder. And the billionaires and trillionaires who are observably benefiting by the worldwide effects of the alleged pandemic have more than enough money and clout to push forward a false narrative, as well as armies of paid personnel to do their bidding.

World events today would make for an exciting novel. Unfortunately, they are all too real. As a result, an even more exciting chapter is needed: the awakening of enough people to recognize the inconvenient truth and to stand together against tyrants and their financial backers.

Do we have real-life heroes and heroines willing to haul us back from the brink of coerced slavery? Are there men and women ready to envision and create a whole new world of freedom and true equality and peace, rather than the one we know: riddled with debt and dependence, hierarchy and dictatorship, war and conquest, and with diseases caused by poverty, poisons, perpetual stress, and bioweapons?

Are human beings willing to manifest a new reality? What will it look like?

Do you believe all of the above is mere coincidence and the imagination of an author?